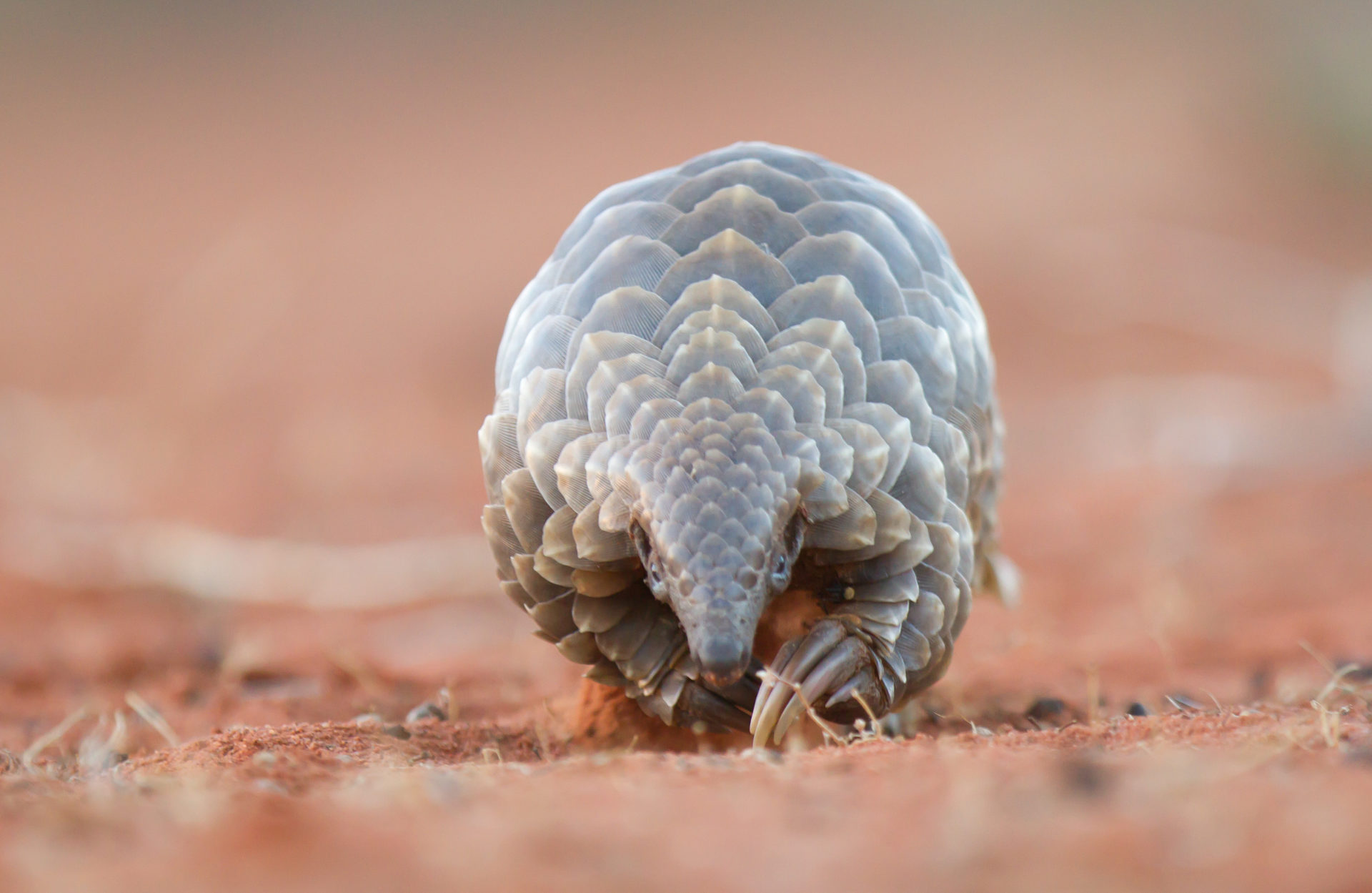 Pangolins or scaly anteaters are one of the Earth’s most Endangered Species and are poached for their scales believed to be used for jewellery, delicacies and traditional medicines.

We recently interviewed Wendy Panaino, pangolin researcher at Tswalu Kalahari to find out more about these fascinating creatures.

What is the purpose of your research on pangolins?
In fulfillment of a PhD degree through the University of the Witwatersrand, the primary aim of my research at Tswalu is to investigate the body temperature, diet, and activity patterns of ground pangolins in a semi-arid environment. The purpose of the research is to better understand how free-living ground pangolins are coping in their current environment, so that we may make better predictions as to how they might survive predicted changes in climate (hotter conditions and fewer rainfall events). This is the most extensive research on free-living ground pangolins to date.

The research on pangolins at Tswalu is made possible through a collaborative effort between Wits University and the Tswalu Foundation, who cover a large portion of the costs associated with such a big project.

I headed out to perform a routine tracking transmitter change on a female pangolin that had given birth to one pup each year since I started the pangolin project in 2015 (that’s three pups!).

Upon arrival to where I last found the female a week before, I was surprised to find her still using the same burrow. On average, pangolins change burrows every two to three days, unless the female is pregnant or if a pup is present! I had suspected for some time that she may have been pregnant, but what I saw next was totally unexpected.

I made my way towards the burrow because the tracking equipment told me that she may have been active already, but not moving too quickly, indicating that she may still be at the entrance of the burrow, getting ready to head out. Once I arrived at the burrow, approaching from behind, I made a decision to have a sneak peek into the entrance to confirm my suspicion that she was at the burrow entrance. And there she was. What caught me off guard, was that she was not alone! The tiniest pangolin pup I have ever seen was lying next to its mom, preparing to leave the burrow for the very first time.

Most pangolins would have retreated back into the burrow once they realized I was there. However, this female pangolin was familiar with my presence since she had been part of my research for two years at that stage. Minutes ticked by as I stood waiting for the duo to leave the burrow together to venture to a new home. And then it happened. Mom stepped out from the shadows and waited patiently for her one-week-old pup to climb on her back (this is how a female pangolin transports her pup to a new burrow). The two confidently marched towards their next destination with me following closely behind, an experience that will forever be engraved in my memories. 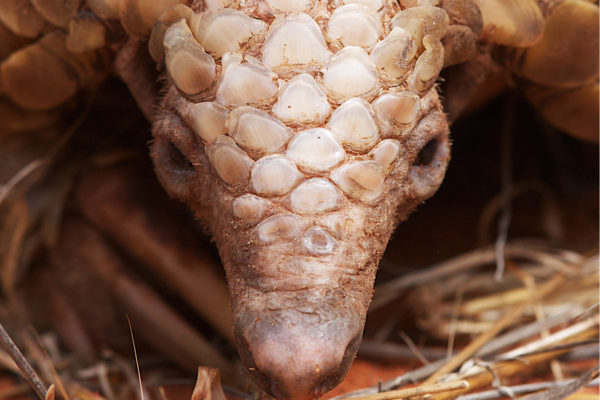 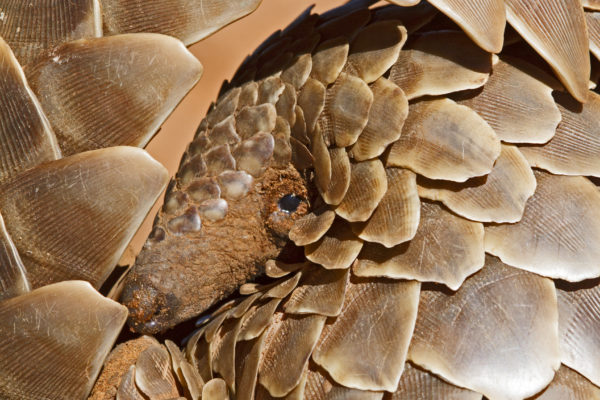 What makes Pangolins Endangered?
Pangolins are currently the most trafficked mammal in the world. Tons of pangolins and pangolin scales are confiscated from the illegal wildlife trade each year. The scales are used for traditional medicine by many cultures, although the medicinal value of the scales has not been scientifically validated. Pangolin meat is also considered a delicacy in some cultures. The increasing demand for pangolins is rapidly decreasing wild population numbers.

Where are Pangolins found?
There are eight pangolin species in the world. Four species occur in Asia, and four in Africa. The ground pangolin (Smutsia temminckii) inhabits areas of southern and eastern Africa. It is the only pangolin species that inhabits the arid environments of South Africa.

What are Pangolins eaten by?
Predators such as lions are known to attempt to prey on pangolins, but are rarely successful due to the strong, plated armour of the ground pangolin. Once a pangolin curls into a ball, the scales are pretty much impenetrable. Other predators such as leopards and honey badgers have been reported to attempt to prey on pangolins, but success rates have never been documented for any predator.

What do Pangolins eat?
Ground pangolins are highly adapted for a very specialized diet of ants and termites only. Being fussy eaters, they only target very specific ants and termites, and will not eat any ant or termite they come across.

What excites you about the Pangolin Research Project?
I think the most exciting part of studying pangolins is the novelty of it all. Working with such an extremely understudied animal means that so many of the things that I learn along the way have never been documented before in the wild.

Interviewed by: Gary Parker, Private Guide at IKON
All Images are captured and property of: Gary Parker